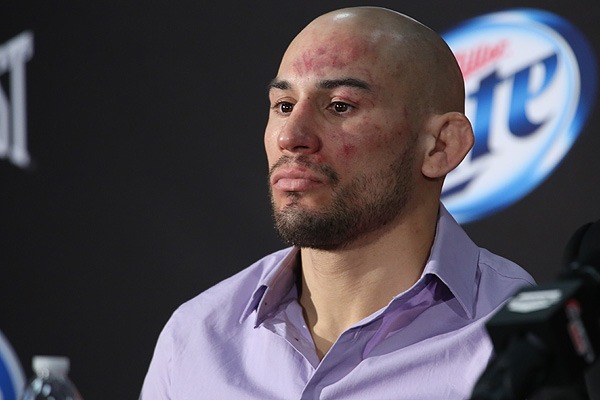 Rick Hawn has allegedly been jilted by one of his sponsors.

The Bellator lightweight talent announced Monday night that an unnamed sponsor has put a stop payment on his check due to Hawn’s performance in the Bellator 85 main event.

The 2004 Olympic judoka was submitted by lightweight champion Michael Chandler in the second round of their headliner, which took place at UCI Bren Events Center in Irvine, Calif., and aired live on Spike. Hawn made his claim via Twitter, posting a written explanation that was allegedly given to him by the sponsor:

“I will not comment on Rick and his fight,” the statement read. “That is not my place. But what I will tell you is this: I took a huge chance with him. TV exposure was great ... but it only holds weight if he wins or puts on a good show. Neither happened. At the end of the day ... not one sole (sic) will run to [my] store and buy product because they [saw] Rick loose (sic) the fight. I’ve made it my career and business to know what nets a return on investment for the brand ... and this is the No. 1 reason why I DO NOT hand out money or product to fighters.”

Hawn commented on the explanation, alleging that the sponsor was still using his likeness on its website even after withdrawing the payment. The fighter declined to name the sponsor due to pending legal action.

A former welterweight tournament finalist, Hawn, 36, made the cut to 155 pounds last year and stormed through the Season 6 lightweight field, besting Ricardo Tirloni, Lloyd Woodard and Brent Weedman to earn his shot at Chandler’s title.